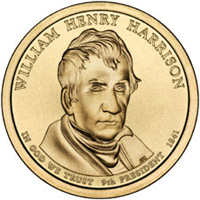 For Presidential Dollars issued during 2007 and 2008, the motto appeared on the edge of the coin.

The change followed some public controversy about the “missing” motto. When the coins were initially released, some widely circulated chain emails and articles called for a boycott of the new dollar coins. According to these sources, the motto “In God We Trust” had been intentionally omitted from the coins as an attempt to “phase God out of America.” Even though this was false, many still wanted to the motto moved to its former place of prominence.

Starting with the 2009 Presidential Dollars, the motto was moved to the obverse of the coin. 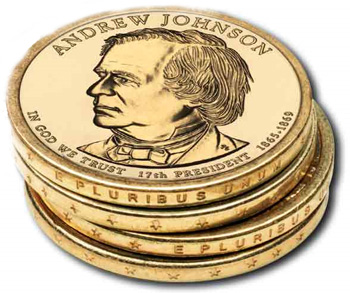 Incuse edge lettering continued to be used for the series, but with modification. The new edge would replace the the motto with 13 stars to take its place. Thirteen stars have been used on prior US coinage to symbolize the original 13 States. The edge inscriptions will feature seven five-pointed stars, the date, the mint mark, and then six five-pointed stars, and then the motto “E Pluribus Unum.” This same edge will be used on the Native American Dollars which debuted in 2009.